Why Kerala is reporting more cases than others states in India?

Why Kerala is reporting more cases than others states in India?

Experts have been keeping a close watch on the number of cases coming from Kerala as it has seen an increase in recent times. In comparison to other states in India, numbers of cases are relatively high in Kerala. The average number of cases from Kerala is around 11,000 at the moment. However, it has been rising at a very slow rate for the last two weeks whereas the numbers of cases have been falling in other places in India. Peak of the second wave has passed in the month of May.

Daily cases in Kerala are around 16,000 daily. 35% of cases in India have been coming from Kerala alone. It is a popular belief that Kerala has failed to control the COVID-19 pandemic. 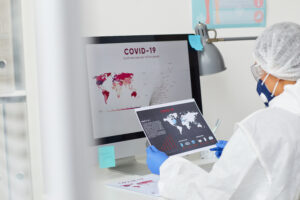 Is this narrative true? By looking at the official data, it may be possible to make an idea regarding the state of Kerala as far as COVID-19 pandemic is concerned. Infection rate always depends on the surveillance. Tracking, tracing and testing is important stages of controlling the infection. Huge different can be noticed with these factors based on the states. Therefore, a straightforward comparison may not be justified.

Infection spread among the population can be checked through presence of antibodies. Seoprevalence surveys are generally done for this reason. BY ICMR, seroprevalence has been done nationwide in several intervals. Through the fourth survey report, it has been found that seroprevalence in Kerala is about 42.7% whereas nationwide it is around 67.6%. So, there is a difference of around 25%. It can been seen that seroprevalemce is lower in Kerala in comparison to other places as it has been noticed with all the four surveys. 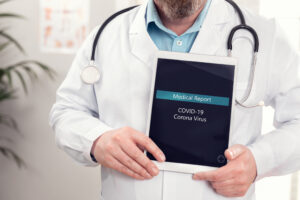 In the survey, both vaccinated and unvaccinated people have been included. Therefore, vaccine may have attributed to the antibodies also. In case of unvaccinated people, seroprevalence is estimated at 62.3% in May, 2021. Single dose has been received by 20% people of Kerala whereas at the national level percentage is around 12. Seroprevalance survey for unvaccinated people cannot be found.

Both the estimated and actual number on seroprevalence survey can be compared. It can be done for both Kerala and nationwide. Due to testing strategy utilized by Kerala, one case in every six cases can be detected. In case of other states in India, one case has been detected in 33 cases only. Vaccination rate is higher in Kerala in comparison to other states. There may be an undercounting factor with the other states also.

This entry was posted in Uncategorized. Bookmark the permalink.