Why D614G coronavirus mutation spread is faster in Europe and USA; not in East Asia

Why D614G coronavirus mutation spread is faster in Europe and USA; not in East Asia

Through a study, it has been found out that D614G mutation of coronavirus has added a cleavage site to its ACE-2 receptor for an easy access into the cells. Scientists based in Kalyani have located the biological mechanism that is responsible for the quick spread of the virus with the D614G mutation especially in North America and Europe. However, it has not been noticed in East Asia. 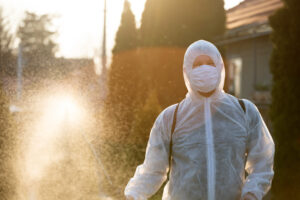 Yet again, outbreak of coronavirus has been observed in Europe in the beginning of 2020. Later, North America has suffered hugely due to the virus as well. Previous lineages have been replaced. Spread has been noticed worldwide.
Team of National Institute of Biomedical Genomics has found out the cause. However, these additional cleavages do not come with the power of entering the cells automatically and deliver better efficiency. To ensure entry to the cell more easily, additional cleavage has to be kept open.
By Dr. Majumdar, it has been said “The site is opened by a human protein called the neutrophil elastase. This protein is available in plenty in the lungs”. Further, he has added “When the level of neutrophil elastase is high in an individual, the additional entry point created by the mutation opens up in a larger number of cells thus allowing more cells to be infected. Thus, the variant with the D614G mutation is able to spread better from one infected individual to another.” 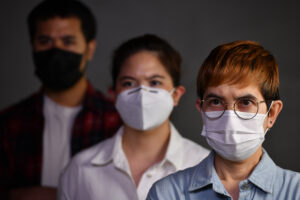 Protein neutrophil elastase in larger quantity can damage the tissues within the lung rapidly. On the occasion, a protein named AAT or alpha-1 antitrypsin can keep the production of neutrophil elastane in check.
Deficiency in the AAT protein can be noticed if the producing gene of AAT is mutated naturally. The AAT protein deficiency can create higher number of neutrophic elastase. As a result, the virus may able to affect the human cells more easily. Spread of virus can be increased in the process too.
Dr. Majumdar has also said “Compared with Asians, we found a large proportion of Caucasians in European countries and North America carry natural mutations in the gene that leads to deficiency in AAT production.” It is certainly one of the reasons behind the high spread ability rate of coronavirus D614G mutation in Europe and North America instead of Asia. 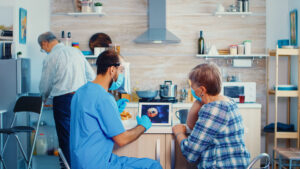