Why COVID crisis in India can impact the entire world?

Why COVID crisis in India can impact the entire world?

Looking at the disturbing scenes in India, entire world is shocked. Numbers of cases are increasing with each passing day. However, it may not be a pressing matter only for India. It is possible to see impact of this crisis in the entire world.
Chief Scientist Dr Soumya Swaminathan of World Health Organization has said “The virus doesn’t respect borders, or nationalities, or age, or sex or religion. And what’s playing out in India now unfortunately has been played out in other countries.” 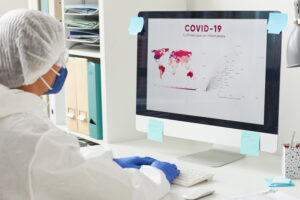 Through the pandemic, one thing has become clear now that the entire world is interconnected. If high rate of infection can be seen in one country then it is more likely to be spread in other countries also.
In spite of travel restrictions, quarantine and multiple tests, infection can leak out. If a traveler comes from a high risk zone then chances of spreading infection may also increase. Recently, 50 passengers have been tested positive that has been flying from New Delhi to Hong Kong.
However, there are some more concerns due to high infection rate in India. Right now, a new variant is seen in India which has been named B.1.617. It is also being called the double mutant due to presence of two mutations in the spike protein. Lab evidence has suggested that the variant is highly transmissible also. Therefore, it may be harder for the antibodies to block the virus. So, scientists have been analyzing now regarding percentage of immunity loss.

Dr Jeff Barrett, COVID-19 Genomics Initiative Director at the Wellcome Sanger Institute has said “I don’t think there’s any evidence that it’s an escape mutation [which would mean] it fundamentally can’t be stopped by the vaccines. I think we have to obviously watch carefully, but there’s at present no reason to panic about it. ”
High numbers of cases also indicate towards the emergence of new mutation and variant. As the virus gets a chance to evolve more, it is possible to see less effectiveness from the vaccine.
Prof Sharon Peacock, COVID-19 Genomics UK consortium Director has said “The way to limit viral variants emerging in the first place is to prevent the virus replicating in us… so the best way to control variants is actually to control the global amount of disease that we have at the moment.”
In this situation, lockdown and social distancing can be looked as an effective measure. However, vaccination is also important.
As far as vaccination is concerned, 10% people in India has received first dose of the vaccine while 2% people are completely vaccinated. 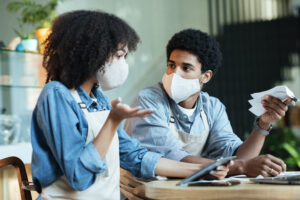 India is one of the biggest manufacturers of COVID-19. Therefore, it is also reason for worry.
From the month of March, surge in infection has been seen in India. Therefore, large exports of Oxford AstraZeneca vaccine have been stalled.
Vaccine roll out in various countries may be hampered as a result especially in the low and middle income countries. However, it also means that more vaccine will be available for domestic use.
Scientist Swaminathan has also said “We really need to double down on vaccination as quickly as possible or the virus is going to try and do everything it can to keep on spreading from person to person.”
Pandemic is still going strong in various countries in the world. Situation in India is especially bleak.
This entry was posted in Pandemic. Bookmark the permalink.