India has authorized its indigenous vaccine for Coronavirus called Covaxin that is developed by the Hyderabad based company called Bharat Biotech. Right now, it has been approved for an emergency use along with the Oxford AstraZeneca’s Covishield. On the occasion decision has been taken by Niti Aayog. 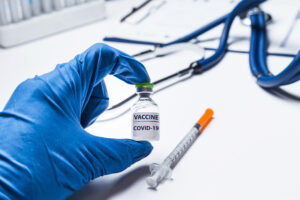 Recently, an increase in the number of cases can be seen in India. The number of active cases has been rising in various parts of India. In the middle of February, coronavirus cases have touched its lowest point in India. However, soon after rise has been seen in the states like Maharashtra, Punjab, Haryana, Gujarat and Madhya Pradesh. On the other hand, states like West Bengal, Uttar Pradesh and Kerala have been showing a decline in the numbers. By the Health Ministry of India, active cases are being reported constantly.
Now, UN Chief has criticized the vaccine nationalism. On the occasion, he has said “many examples of vaccine nationalism and vaccine hoarding” can be seen around the world. In addition, some side deals have been happening with the manufacturers of COVID-19 vaccines. As a result, everyone in this world has not managed to get an access to the vaccine yet. 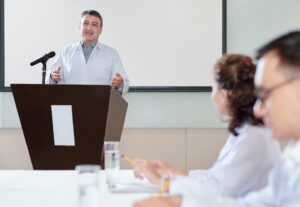 Secretary General Antonio Guterres has said through a statement that it is already a year since the pandemic has been announced all over the world. He has said “the global vaccination campaign represents the greatest moral test of our times.” It is important to ensure that everyone is vaccinated as quickly as possible. He has also added “many low-income countries have not yet received a single dose — is essential to restart the global economy and help the world move from locking down societies to locking down the virus”
Reiterating his words once again, Guterres has said that vaccination must be done for ‘a global public good’. The world must unite and produce the vaccine in order to ensure that there is sufficient amount of vaccine for all. So, amount of manufacturing should be doubled. Further he has added “That effort must start now”. On the occasion, he has paid tribute to the healthcare workers and essential workers also that have managed to keep the society in its position. 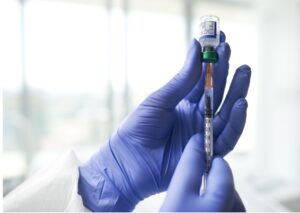 Talking about the healthcare workers, he has said “I salute all those who have stood up to the deniers and disinformation, and have followed science and safety protocols. You have helped save lives.” Guterres has praised the efforts that have been made by people to adapt with the situation. It has been said “women, men and young people everywhere for adapting to work, learn and live in new ways. So many lives have been lost”
This entry was posted in Vaccine. Bookmark the permalink.