Principal scientific advisor to Prime Minister has said that third wave of coronavirus is inevitable due to high level of virus circulation all over the country at the moment. However, they cannot say about the time frame. On the occasion, Dr. K V Vijay Raghavan has admitted the fact that the experts have not anticipated the ferocity of the virus that has grappling the country at the moment.
According to the PSA, new variant of COVID-19 is now affecting the fit people also. Therefore, a new approach may be required to deal with the virus. During the Union Health Ministry briefing, Vijay Raghavan has stated “Phase 3 is inevitable given the high levels of circulating virus. But it is not clear on what timescale this Phase 3 will occur. Hopefully, incrementally, but we should prepare for new waves.” 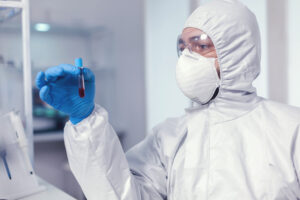 Due to prior infection and also vaccination, the virus can mutate further to adapt and survive in this situation. It has been said, “Therefore, we should be prepared scientifically to take care of that.”
Regarding the second surge, PSA has said “In early 2021, something changed rather importantly. A very large number of people, all over the world, had been infected, and as immunity increases, a virus can’t spread. But, it seems, there are pockets it can go through.”
Experts have also said that the virus has become more efficient as far as transmission is concerned. It is necessary to look at these factors by the health authorities. It is said “The changes in biology that we are seeing, along with the increased transmission… suggest a new approach. Earlier, the virus infected people, they were largely asymptomatic, and it had a certain profile of progression. Now, because of fewer (uninfected) people available, it has adopted a hit and run lifestyle.”
New variant has been termed as ‘fitter” virus by Dr. Vijay Raghavan as it is capable of breaking down the host 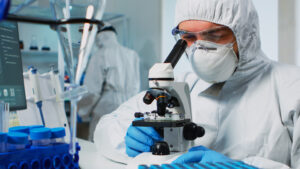 immunity. The virus has become more adaptable in nature. As a result, severity of the disease can either increase or decrease. He has said “Vaccines are effective against the current variants, new variants will arise all over the world. But variants which increase transmission will likely plateau; immune-evasive variants, and those which lower or increase disease severity, will arise”
As people have lowered their guards, virus has got a chance to spread more. Vijay Raghavan has said “The standing level of immunity is often not enough to stop the infection from spreading, and many people get infected until we reach a new immunity threshold. Such a second wave is typically smaller than the first, and such a second wave was expected. However, multiple parameters can change in small amounts and add up to a second wave much larger than the first. Each parameter may seem like a small change, but together, because the rise is exponential, it adds up enormously”
Surge in coronavirus during the second wave has also suggested that the immunity of the first wave has not been widespread. It is said “The fraction uninfected, due to the cautionary steps taken in the first wave (lockdowns etc), had been large.” 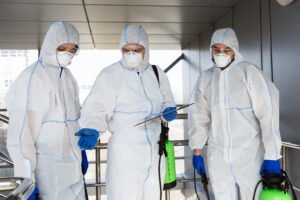 However, Raghavan has also stated the fact that the immunity can last for a long time after infection. “We know that after eight months of being infected, protection is still very high. It is about 80%. But could 20% be sufficient to cause immune evasion of significance?”
On asked about the chances of national lockdown, chief of COVID-19 task force of India Dr. V K Paul has said “Those options are always being discussed. Those decisions as required will be taken.”
Later on, Paul has also added “When the spread of the virus is excessive, then movement needs to be reduced. In this context, on April 29, detailed guidelines were issued, specifically that where test positivity is more than 10% or bed occupancy is more than 60%, states have been advised on (imposing) night curfews here… Based on these advisories, states are deciding. In addition to these restrictions, if anything more is required, those options are being discussed.”

This entry was posted in Pandemic. Bookmark the permalink.