Sputnik V vaccine from Russia is the third vaccine that has been cleared by Indian government for emergency use. It is said to be effective on the mutant strain also. By the Russian Direct Investment Fund or RDIF, the effectiveness of the vaccine has been assured. 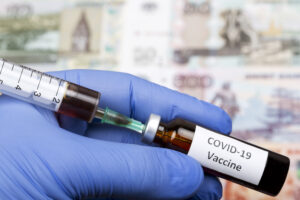 Gamaleya National Research Institute of Epidemiology and Microbiology have developed the vaccine in Moscow. Five pharma firms have manufactured the Sputnik V. The manufacturers are expected to produce 850 million doses every year. Limited number of doses will be available from the end of April.
Dr. Reddy’s Laboratories have partnered with RDIF to conduct the trial in India back in the month of September, 2020. Five other companies such as Hetero Biopharma, Gland Pharma, Virchow Biotech, Stelis Biopharma and Panacea Biotec are going to form a partnership with the Russian manufacturer to increase vaccine capacity in India.
CEO of The Russian Wealth Fund RDIF named Kirill Dmitriev has said same effective has been noticed on the British strain in addition to various other strains along with the original virus strain. It has been stated that the makers of Sputnik V is ‘very cognizant’. It has been said that the virus is expected to be the best solutions against the virus mutation and variants. Coronovirus is becoming stronger each day due to these variants. 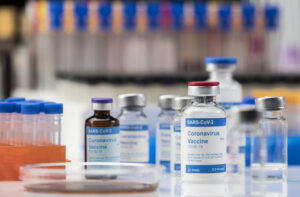 Kirill Dmitriev has also stated “Now we believe that the efficacy against the South Africa strain may be a little bit lower, but still protecting people from severe cases of COVID”
One of the prime reasons behind the effectiveness of the Sputnik V is that it is a cocktail of dual shot. Dr Dmitriev has said “…the reason we are so confident on mutations is that Sputnik is the only vaccine in the world it uses two different shots of the vaccine. So basically, it’s the result of having two different shots. We believe we produce higher immune response that lasts longer”
Later on, he has also added “This vaccine cocktail proves to work very effectively against mutations, but also very soon we’ll have a modification that will include all of the existing mutations in this sputnik V vaccine” Upgrade on the vaccine is going to happen in couple of months. 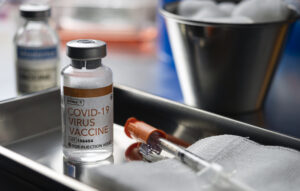 Due to multiple variants such as UK, Brazil and South Africa, COVID – 19 cases have increased in India. 80% cases in Punjab have been identified with the UK variant.
In some cases, double mutation can be noticed also. 61% cases in Maharastra have been spotted with double mutant. Right now, Maharastra is the epicenter of second wave of pandemic in India.
Presence of new variants can be seen in the coronavirus sample collected in Punjab and Delhi also.
This entry was posted in Vaccine. Bookmark the permalink.