Origin of COVID-19 through an incident in laboratory ‘extremely unlikely’: reports WHO

Origin of COVID-19 through an incident in laboratory ‘extremely unlikely’: reports WHO

By the World Health Organization or WHO, a report has been released on COVID-19 origin global tracing. It has been a joint research of WHO in collaboration with China. On the occasion, Researchers have given importance on the virus pathways along with the investigation in different countries.
From WHO, 34 experts have been part of the team that has conducted a research for about 28 days from 14th January to 10th February in Wuhan which is considered to be the epicenter of coronavirus in the beginning. Experts have made an assessment about the possible pathways. 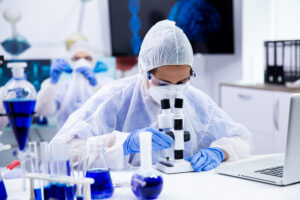 Reports have suggested that introduction of COVID-19 from an immediate host is quite an unlikely possibility. However, it is possible that the virus is introduced through a certain cold chain food products. In addition, it has been also said that introduction through an incident in a laboratory is ‘extremely unlikely’
China thinks that joint research may help to promote cooperation globally as far as origin tracing of COVID-19 is concerned. From the Foreign Ministry of China, statement has been placed in the same line.

United States and Japan have raised concerns on this joint report regarding origin of COVID-19 along with 12 other countries. According to these countries, WHO have conducted a research quite late. In addition, they have not even given access to the original samples and data also. In the reports, it has been pointed out that the transmission has started from the bats. Later on, it has been transferred among the other animals and subsequently it has been seen in the human. So, it is most likely the path how the pandemic has started.
Through a statement, The United States, Australia, Canada, the Czech Republic, Denmark, Estonia and Israel have said that they have supported WHO completely to end the pandemic in addition to the acquiring knowledge on how the pandemic has begun and spread. 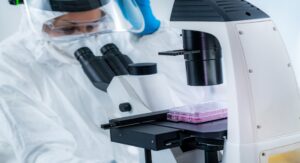 However, they have also said “essential that we voice our shared concerns that the international expert study on the source of the SARS-CoV-2 virus was significantly delayed and lacked access to complete, original data and samples”
The statement has been co-signed by countries like the Republic of Korea, Japan, Lithuania, Latvia, Slovenia, Norway and United Kingdom also.
Research in Wuhan, China is considered to be the first step of one year long investigation for finding the origin of virus.
Director General of WHO Tedros Adhanom Ghebreyesus has also wanted to conduct further research in order to come at a ‘robust conclusion’ 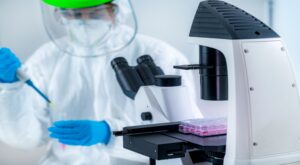 Tendros has said during a media briefing “I do not believe that this assessment was extensive enough. Although the team has concluded that a laboratory leak is the least likely hypothesis, this requires further investigation, potentially with additional missions involving specialist experts, which I am ready to deploy. ”
By the entire world, China has been criticized for its suspected role for the novel coronavirus spread. It has infected more than 127 million people around the world. In addition 2, 79 million people have lost their lives also.

This entry was posted in News, Pandemic. Bookmark the permalink.