Is increasing number of COVID-19 cases in USA sign of a Third Wave?

Is increasing number of COVID-19 cases in USA sign of a Third Wave?

Last winter, record numbers of cases have been seen United States of America. Spread of coronavirus infection has happened like a wild fire. In the peak, daily 3 lakh cases have been seen also. According to the New York Times, 1,62,724 cases can be seen on 18th August in USA. 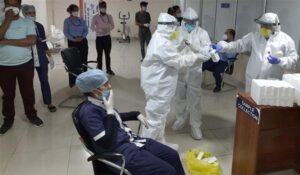 Post a downfall in the number of cases, a rise can be noticed from the month of July as Delta variant of COVID-19 has hit the country. Breakthrough infection has been seen in seven states of USA mostly. They are Colorado, California, Massachusetts, Utah, Oregon, Vermont, and Virginia. It has been observed that coronavirus infection can be seen in one person among 5 who has been vaccinated already. However, experts have been saying that the infection is seen among the unvaccinated people mostly. 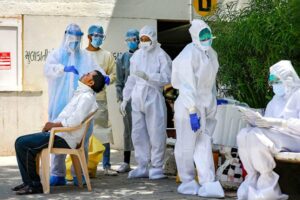 US Centers for Disease Control and Prevention has been requesting people to get vaccinated as soon as possible. It has been also said that community transmission is high with the Delta variant. Therefore, everyone needs to stay cautious as much as possible. Daily cases for the last days from 18th August have an average of “13.2 per cent higher than the previous week and 1,016.8 per cent higher than the lowest average in June 2021” according to CDC.
On 18th August, 809 deaths have been reported which is 97% of enhancement from couple of weeks back. As a result, the death toll has gone over 6.2 lakhs now.
Based on the New York Times data, highest number of cases has been reported in Mississippi which is one of the Southern states of the country per capita daily. Louisiana and Florida have the lowest vaccination rate in the country. Therefore, record number of hospitalization can be seen here.
In the beginning of month, 12,373 beds have been occupied by the COVID-19 patient in Florida. High percentages of them are children as well. 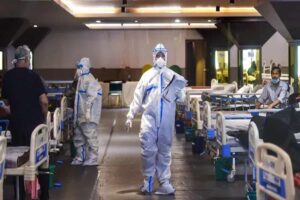 To reduce in the rise of infection, US President has announced that booster dose will be provided to the American from 20th September for strengthening their immunity further following to the couple of doses from AstraZeneca or Pfizer. Citizens are eligible to take a booster after eight months of their second dose. In the beginning, healthcare provider will be given the booster dose in addition to the seniors and home residents of nursing facility. Later on, it may be made available for others.
Now, we have to see whether booster dose can stop the spread of coronavirus delta variant or not.
This entry was posted in News. Bookmark the permalink.