Is Coronavirus airborne? – Here are the reasons in support by experts

Is Coronavirus airborne? – Here are the reasons in support by experts

SARS-CoV-2 is the virus that causes COVID-19. In addition to the droplets, COVID-19 can spread through air also according to the study published by Lancet. Six expert analysts from UK, Canada and US have said “There is consistent, strong evidence that SARS-CoV-2 spreads by airborne transmission. Although other routes can contribute, we believe that the airborne route is likely to be dominant. The public health community should act accordingly and without further delay” 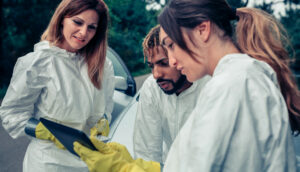 Trisha Greenhalgh led expert team from University of Oxford has published a research that highlight 10 evidences behind the predominant airborne route. They have said that super-spreading events are the reason behind the higher transmission of the virus. Further, they have stated “Detailed analyses of human behaviours and interactions, room sizes, ventilation, and other variables in choir concerts, cruise ships, slaughterhouses, care homes, and correctional facilities, among other settings, have shown patterns—eg, long-range transmission and overdispersion of the basic reproduction number (R0), discussed below—consistent with airborne spread of SARS-CoV-2 that cannot be adequately explained by droplets or fomites.”
Through quarantine hotels, incidents of long range transmission of COVID-19 can be justified. People may have stayed in the adjacent room without even coming in the presence of each other. They have said “Historically, it was possible to prove long-range transmission only in the complete absence of community transmission”
In case of asymptomatic or presymptomatic patients that are not coughing or sneezing, transmission of COVID-19 can be seen also. It may have been caused “at least a third, and perhaps up to 59%, of all transmission globally and is a key way the virus has spread around the world.” 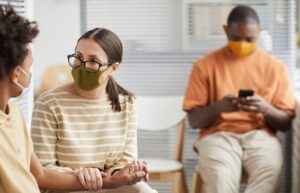 Higher rate of transmission can be seen indoors instead of outdoors. Lack of ventilation may be a reason behind it also. Experts have added “Both observations support a predominantly airborne route of transmission. Fifth, nosocomial infections have been documented in health-care organisations, where there have been strict contact-and-droplet precautions and use of personal protective equipment (PPE) designed to protect against droplet but not aerosol exposure”
Sixth evidence behind the SARS- CoV-2 being airborne is “In laboratory experiments, SARS-CoV-2 stayed infectious in the air for up to 3 h with a half-life of 1•1 h. Viable SARS-CoV-2 was identified in air samples from rooms occupied by COVID-19 patients in the absence of aerosol-generating health-care procedures13 and in air samples from an infected person’s car”
Experts have not managed to collect the air samples. It has been said that airborne virus causes technical challenge for different reasons. Viral dehydration and fine particles are some of the reasons behind lack of samples.
In the air ducts and air filters of the hospitals, SARS-CoV-2 virus has been detected also that has lots of COVID-19 patients. These are locations that can be reached by the aerosols only. Eighth evidence behind airborne nature of the COVID-19 is caged animals that are placed in separate cage with uninfected animals. It has been noticed that transmission has happened through aerosol later on.
Experts have added “Ninth, no study to our knowledge has provided strong or consistent evidence to refute the hypothesis of airborne SARS-CoV-2 transmission” Some people have managed to avoid the virus in spite of staying in the same room. The situation can be explained here. Due to combination of factors, it has been noticed. Viral shredding and several other environmental factors can be reasons behind it. They have said “Individual and environmental variation means that a minority of primary cases (notably, individuals shedding high levels of virus in indoor, crowded settings with poor ventilation) account for a majority of secondary infections, which is supported by high-quality contact tracing data from several countries.” 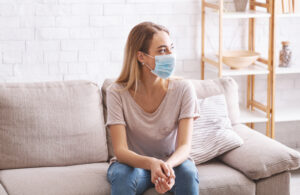 In the end, experts have said “Ease of infection between people in close proximity to each other has been cited as proof of respiratory droplet transmission of SARS-CoV-2. However, close-proximity transmission in most cases along with distant infection for a few when sharing air is more likely to be explained by dilution of exhaled aerosols with distance from an infected person,”

This entry was posted in Coronavirus, Covid-19. Bookmark the permalink.