Union Health Minister of India Harsh Vardhan has disclosed the fact that India has been trying to develop seven more coronavirus vaccines. In addition, authorities have been working on the vaccination of every Indian citizen as quickly as possible.
To make these vaccines available in the open market, plans have not been made from the side of the government yet. According to the situation, decision may be taken in the future. 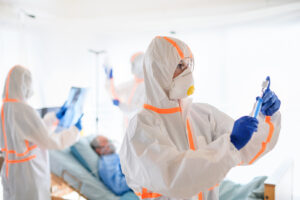 From the month of March, COVID-19 vaccination of people aged over 50 is going to start. Health Minister Harsh Vardhan has declared that India is not depended on only two vaccines. Trials have been started on seven more indigenous vaccines. Since, India is a large country with high population. Therefore, requirement of more players has been felt as far as vaccination drive is concerned. In this way, vaccine may able to reach out to every citizen.
Three vaccines have been on the trial phase. Two of them have been going through pre-clinical stage at the moment whereas another one vaccine is in phase one. There is also a vaccine in phase 2 trial. 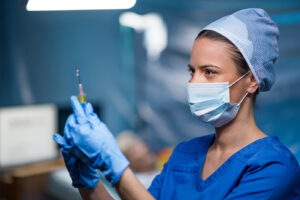 Third phase trial of Sputnik V vaccine is going on in India also. It is expected to be 91.6% effective against the COVID-19. Therefore, Sputnik V may enter in the vaccination drive also.
Right now, vaccination drive has been going on an emergency basis. From the month of January, vaccines are being given to medical professionals such as doctors and nurses. Following to the vaccination, complete observation is maintained. In this way, control over the vaccine us kept. In case, vaccines are allowed in the open market then it may not be possible to keep everything in control.

Pune’s Serum Institute Covishield vaccine in collaboration with UK Oxford University and AstaZeneca and Bharat Biotech’s Covaxin are being utilized for the vaccination drive. Indian citizens are going to be vaccinated in phases. Following to the COVID warriors, vaccines are going to be administered to the people in their 50’s and above. On the occasion, people with serious illness may be included also. Later, younger people may be given the vaccines. So, in the coming days, vaccines apart from Covishield and Covaxin may be administered also.
According to the data, about 4.5 million have been vaccinated in India so far. One of the largest vaccination drives has been going on in India at the moment. So, it is certainly a huge challenge for the government and local officials that are associated with the vaccination drive.

This entry was posted in Coronavirus, Covid-19. Bookmark the permalink.