Fresh surge in the number of coronvirus cases in India has become a matter of major concern. It has definitely placed India on the verge of coronavirus second wave. In the last 72 hours, 1.35 lakh cases have been reported all over India. Now, coronavirus cases have been rising for the 14th consecutive days. By the Indian government, it has been said that a new double mutant of coronavirus has been found in Nagpur, Maharashtra in December. Now, cases with double mutant virus can be seen in almost 18 states within India. 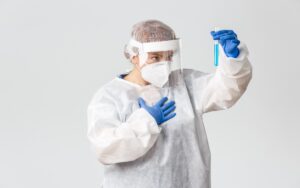 During a Health Ministry briefing, it has been said that infection rate has bulked up due to presence of the strain. About 20% of these cases have been reported from Maharashtra. There are around 206 cases at the moment. In addition, increase in the number of cases has been seen in the states like Gujrat, Delhi, Punjab and few other places within India.
So, what is double mutant that has become so prevalent in India?
Dr, Rakesh Mishra, the Director of Center for Cellular & Microbiology in Hyderabad has said “Mutations in viruses are common.. but most are insignificant and do not cause any change in its ability to transmit or cause infections. Some though, like the ones in the United Kingdom or South Africa, can make the virus more infectious and, in some cases, even deadlier” 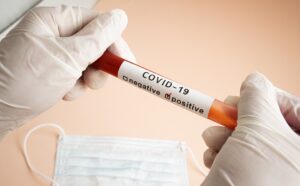 Later on, it has been added by Dr. Mishra that doubt mutant virus is a strain of coronavirus which is created as two strains have come together and developed in to a new strain. In case of India, E484Q and L452R strain have combined with each other to form the new double mutant strain.
Previously, L452R strain has been found in California. United States while the E484Q have been an indigenous one.
Due to doubt mutant of coronavirus, the virus has managed to escape the immune system of the body. As a result, it is found to be more resilient when it comes to the formation of antibodies. Some time, it may able to protect itself against the vaccine also.
So, is it more deadly and infectious that other strain? 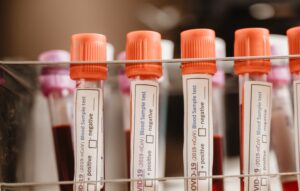 On the occasion, Dr. Mishra has said “The new strain is efficient… but it is not yet a superspreader. (There is) no reason to believe that it is more deadly, just yet… but more investigation is required to understand this”
Later on, he has also added “So far there is no reason to believe vaccines in India – Covishield and Covaxin – will not work against these new strains. But experts say the time has come to bring more vaccines to India… Vaccines developed by Pfizer and Moderna have better efficacy rates and have been proven to act against the new strains… this is the need of the hour,””
Previously, AIIMS chief Randeep Guleria has said the vaccines are effective in case of coronavirus new strains also. The announcement has been made as Bharat Biotech’s Covaxin is fiund effective against the UK strain of coronavirus.
In India, vaccination has started from 16th January. From 1st April, vaccines may be given to the people at the age of 45 years and above.
This entry was posted in Covid-19. Bookmark the permalink.