Denmark, Iceland and Norway has order to stop the usage of AstraZeneca vaccine

Denmark, Iceland and Norway has order to stop the usage of AstraZeneca vaccine

On Thursday, Denmark, Iceland and Norway have decided to suspend the usage of coronavirus vaccine AstraZeneza due to incidents of blood clotting in the patient after inoculation. In the beginning, Denmark has issued the order. During the time, the official has announced that some patients have been experiencing serious cases of blood clotting after receiving the vaccine. However, it is only a precautionary measure. Experts from Danish Health and Medicines Authority have not managed to understand yet whether the blood clots are happening due to the vaccine or not. 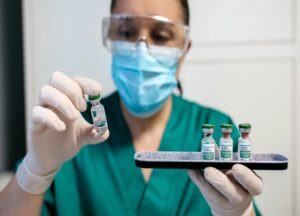 By the European Medical Agency, 22 cases of blood clotting have been reported so far after vaccination of 30 lakh or 3 million people. Process of vaccination has been continued till 9th March in Europe. An inquiry has been started on this matter also. It has been said, vaccination shot is going to be stopped for minimum 14 days in order to investigate on this matter.
Danish Health Minister named Magnus Heunicke has said “We are acting early, it needs to be thoroughly investigated”. Post the announcement, Norway and Iceland have suspended the vaccine also. Similar concerns are highlighted in order to go ahead with the move.
By Austria, vaccine use is stopped as 49 year old nurse has developed a severe blood clot after the jab from a particular batch of AstraZeneca. Another person has experienced blood clot and admitted in the hospital.
Lithuania, Latvia, Estonia and Luxemburg have been suspended the vaccine from the batch also. Same batch of AstraZeneca has been sent to 17 European countries and it contains 10 lakh shot. 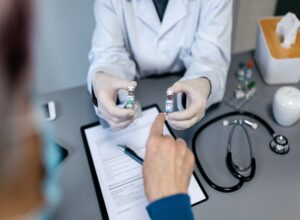 Collaborating with the Oxford University, AsrraZeneca has developed this vaccine. Defending the vaccine, AstraZeneca has said “The safety of the vaccine has been extensively studied in phase III clinical trials and peer-reviewed data confirms the vaccine has been generally well-tolerated”
By Britain, the vaccine has been termed safe and effective. Professor Anthony Harnden from Committee on Vaccination and Imnunisation has said that you should not worry about the safety with this vaccine. He has said “People shouldn’t be worried, we have given 11 million [1.1 crore] doses and our regulator reviews the safety reports as they come in” Later on, it has been also said that everyone already knows that coronavirus can cause blood clot.
Defending the decision of suspending the vaccine, Denmark Prime Minister Mette Frederiksen has said “There is always a risk associated with vaccines”. Later on, it has been also said “Things have gone well in Denmark, but there are some risks linked to the AstraZeneca vaccine that need to be examined more closely. That seems to me to be the right way to proceed.” 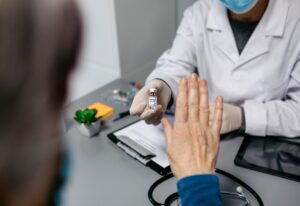 In India, AstraZeneca-Oxford vaccine is being used as one of the main vaccines for emergency use. In addition, there is also Bharat Biotech’s vaccine Covaxin that has been made in collaboration with the Indian Council of Medical Research and National Institute of Virology.
This entry was posted in Vaccine. Bookmark the permalink.