Data received from Israel has showcased the fact that booster dose COVID-19 can improve immunity level significantly. Protection against the serious illness is offered at the same time. It is especially noticed with the people above the age of 60. In the midst of Delta variant spread, several countries including USA has announced about the booster dose for its citizen. Recent data from USA has shown that the protection level is diminishing. In addition to USA, Canada, Germany and France have also decided upon a booster campaign in the coming days. 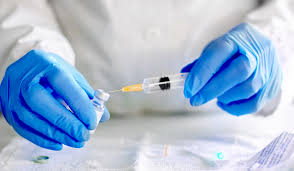 According to the findings published by the health minister of Israel, protection can be offered against the virus after 10 days from the third dose. Level of protection is also four times higher than from the second dose in case of people above 60 years. In case of serious illness and hospitalization, protection provided by the third dose is higher by four times after mere 10 days of the jab. Elderly people are most vulnerable group in Israel. In the beginning of the inoculation drive, Israel also has been first country to complete vaccination.
During a ministry panel meeting with vaccination experts in Israel, data has been presented. Later on, it has been uploaded to the website also. However, complete detail of the study has not been published. 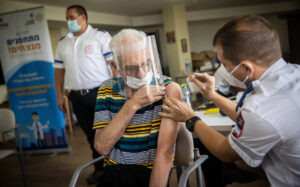 In Israel, Maccabi Health Services is one of the organizations that have been offering booster shot to the Israeli citizen. It is being done mostly to reduce the effect of Coronavirus Delta variant within the country. From the organization, similar report is presented also.
Maccabi Health Services have studied the current situation and said that booster dose has the ability to decrease the infection risk among the elderly people over 60 year by almost 86%. In case of severe illness, risk is reduced up to 92%. Data from Maccabi is based on the significantly large group of people. Pfizer and Moderna have also said that their study have shown higher level of protection.
Health Minister of Israel has announced that immunity level of elderly people along with the younger ones is declining. Most of the people that have fallen ill with COVID-19 even after vaccination recently are elderly people with health conditions. 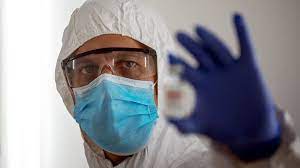 From 30th July, Israel has started to offer third dose of COVID-19 vaccine to the people over the age of 60. Now, a revision has been made and people over the age of 40 are also eligible for the third dose in the country along with the teachers, pregnant women and healthcare workers. Third dose can be taken only after five months of the second dose.
Since the month of June, Israel has been fighting with the coronavirus delta variant. Per capita, the country has one of the highest infection rates. 1.5 million People have already taken the third jab among the population of 9.3 million.
This entry was posted in Vaccine. Bookmark the permalink.